Skip to content
How to Spot a Rip Current
Posted on October 16, 2017 by Fiona

How to spot a Rip Current?

Rip currents often go unnoticed to the untrained eye. But if you know what to look for, you can spot them.
A rip current is often characterised by a darker or calmer patch of  of water. Oncoming waves are subdued by a rip current, thus creating a deceptively calm-looking section of water, reaching out to sea. This presents real danger to those unaware, as people often choose this location to get into the sea to avoid the waves. Once in, swimmers, kayakers or surfers can get pulled out to sea very quickly in the fast moving water. 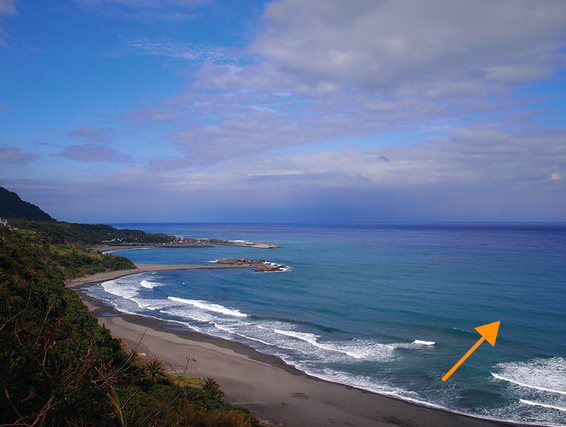 This rip current can be identified clearly by the lack of breakers, where the water is moving offshore. 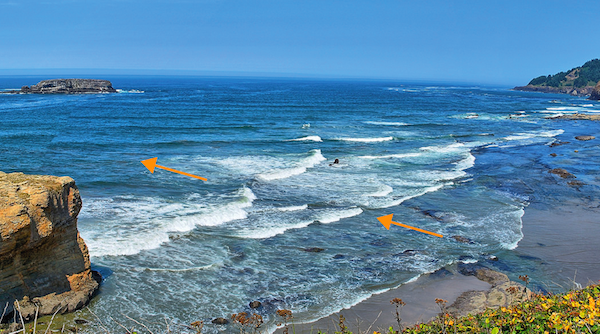 This rip is less obvious, but can be identified by the darker water cutting between the waves.

• Rip currents (sometimes incorrectly called rip tides) are seaward-directed flows of water. They are usually created by the break in a sand bar or another topographical feature on the beach surface.

• Rip currents are a major cause of accidental drowning on beaches worldwide. In the UK, over 60% of RNLI lifeguard incidents involve rip currents.

• The offshore current is fed from either side on the shoreline by the oncoming waves either side of it. Once the outward current has created a small channel, the current can grow faster as the channel deepens.

• Drifter measurements of beach rip currents around the world showed that beach rips often flow in a circular pattern. On average, most of the drifters recirculated within the surf zone and only occasionally exited further offshore.

• Rips current flow speeds are typically 1-2 mph but rip pulsations can reach 4 mph, which is faster than an elite swimmer.

• Topographic Rips are rip currents that form around permanent structures.

Beaches are ever-changing environments and so rip can come and go, however there are some beaches that have been know to known to be particularly dangerous.
– Camber Sands, East Sussex. 7 people killed in 2016. These deaths were widely reported as being caused by a strong rip current at the time, however there is some evidence to suggest that this might not have been the case.
– Crantock Beach, Cornwall. 1 man killed in 2017. Strong currents charachterise this beach due to a river flowing into the sea here. 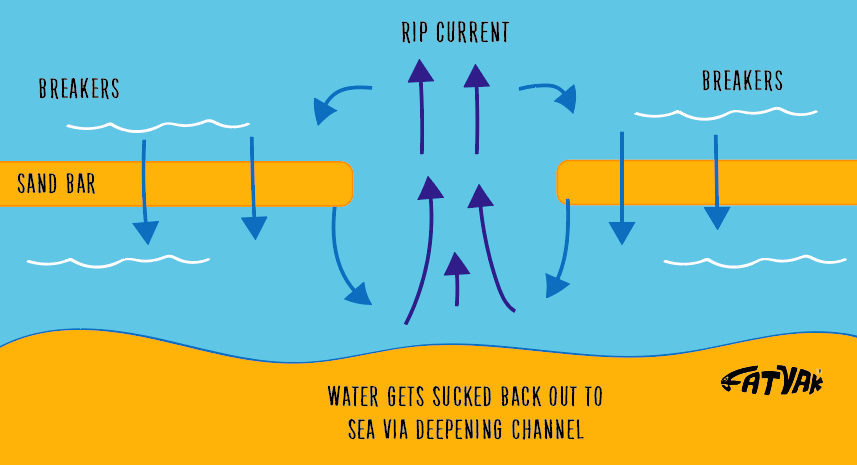 Topographic changes in the breaker zone create the conditions for rip currents to form.

Hundreds more beaches all over the UK have currents that could potentially be dangerous to swimmers and boarders if they are caught unawares.
According to research done by the University of Plymouth, the majority of rip current related rescues between 2006-2013 were performed in the South West of England, with 52% of these rescues being body boarders. A large proportion of these rescues were made outside lifeguard flagged areas.

What to do if you get caught in a Rip Current?

Rip currents can be a very frightening and dangerous experience for swimmers, surfers or kayakers, and therefore it is key to understand how they form and what to do if you find yourself trapped in one.
We hope this article has helped you stay safe on the water.
Safe paddling,
The Fatyak Team
For more information on Rip Currents, head to the RNLI website.
Related articles: How to recover from a capsize, Essential Items for Kayaking 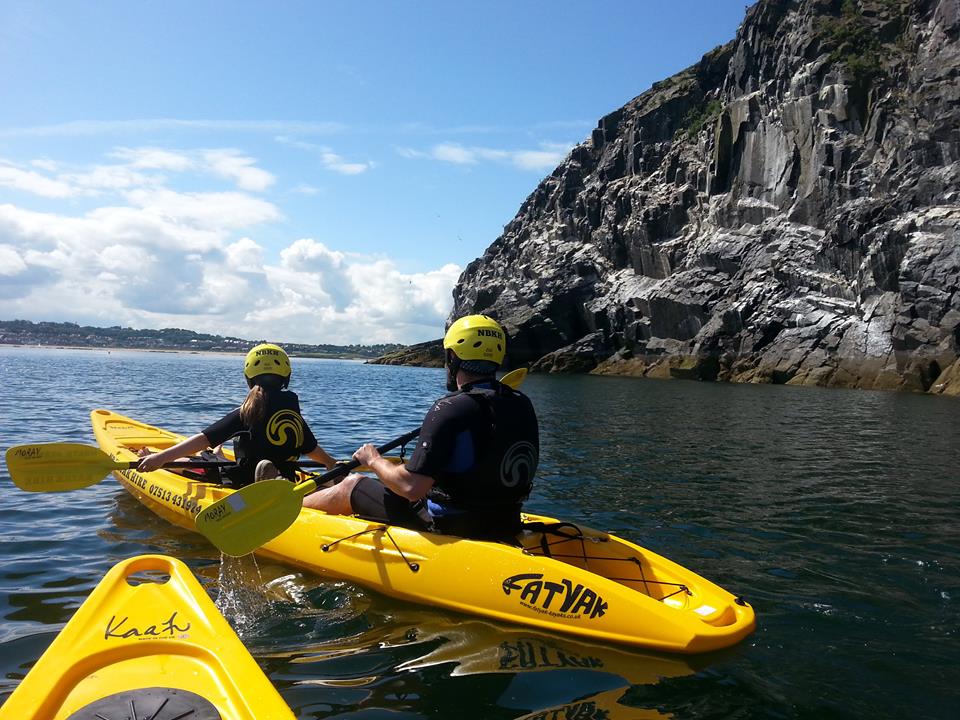 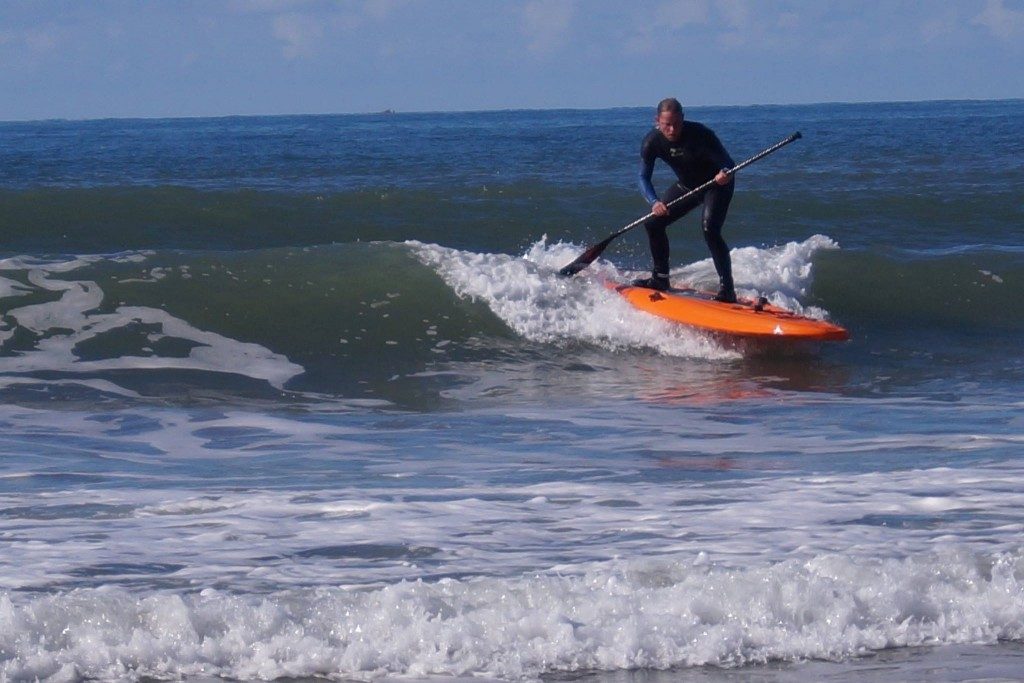 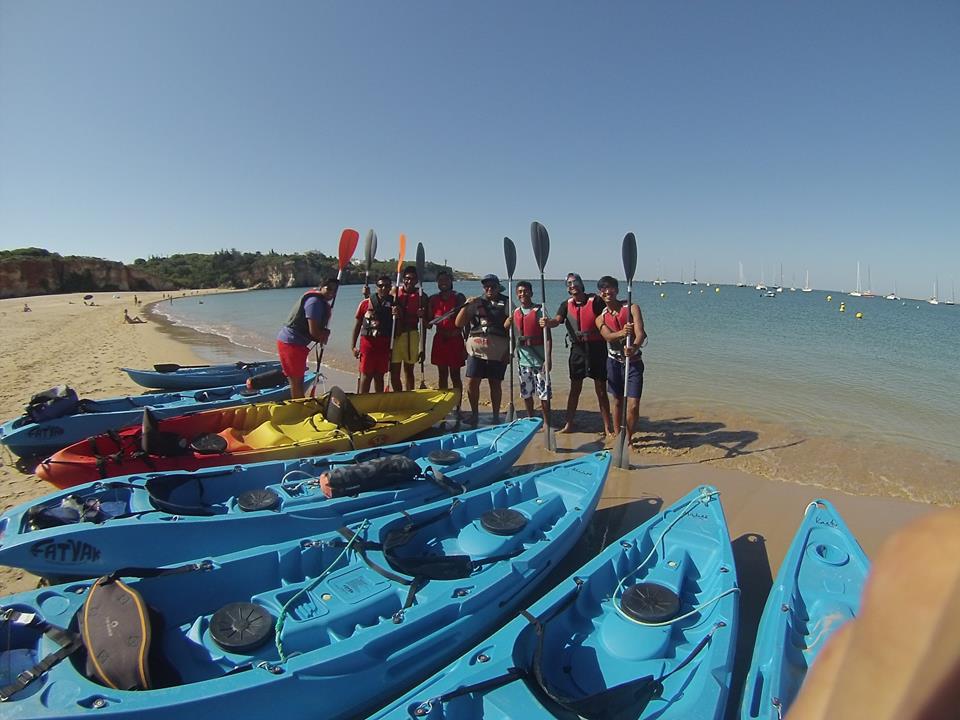 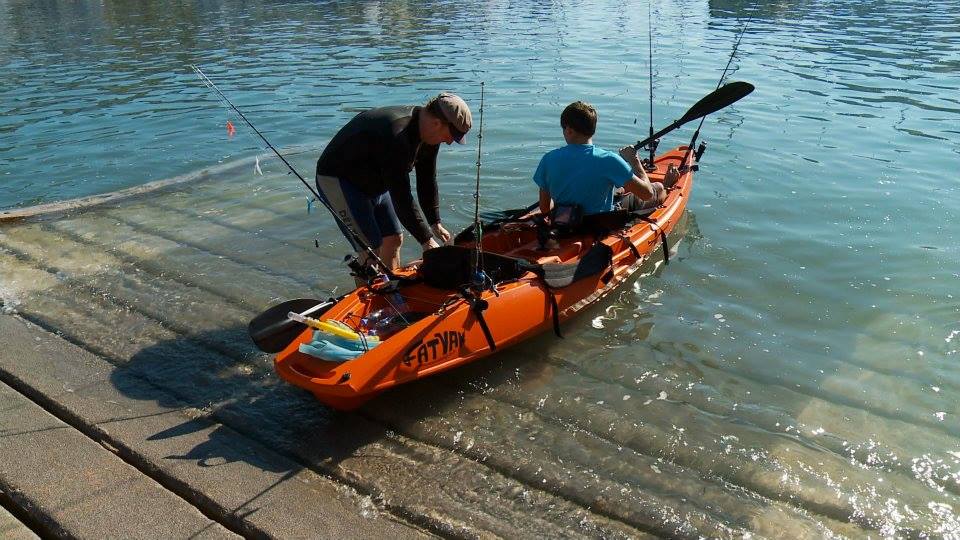 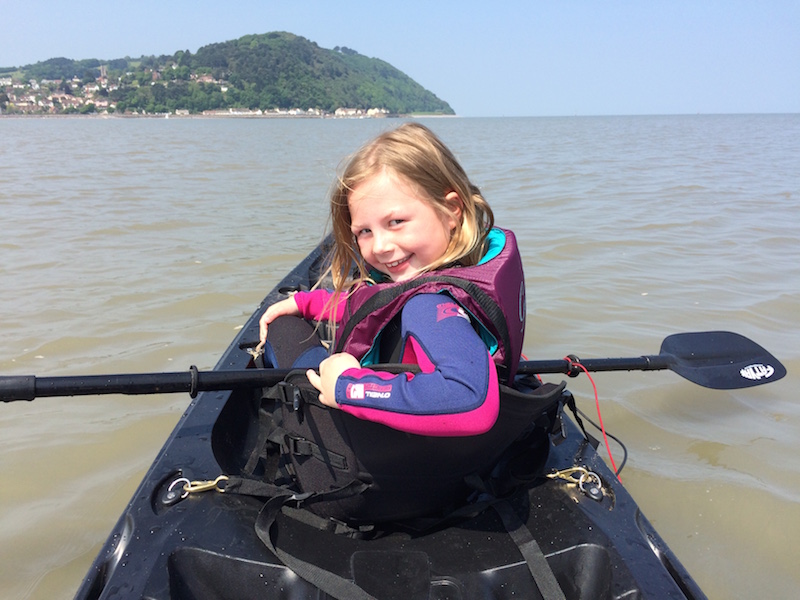 Due to new factory precautions to ensure safety of our staff and customers, we are experiencing a significant delays in delivery. Please allow 2 to 3 weeks from order for kayaks to arrive. We will contact any customers who fall outside this time period. Dismiss