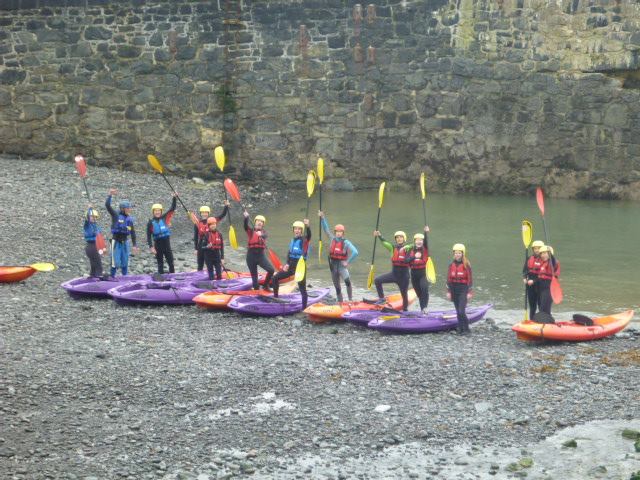 And in the beginning there is the birth of an idea ‘kayaking looks like awesome fun!’ Shortly following by the growing realization that you know absolutely nothing about kayaking even less what kind of kayak would be right for you! I mean…a kayak is a kayak right? You sit on it or in it and paddle to get where you’re going right? And…maybe a life jacket and possibly a helmet might be required too?

Then you do a bit of research and find out that, actually, no…there’s just a teensy bit more to it than that and there are quite a few different types and brands of kayak depending on whether you want to kayak on whitewater, flat water or sea. Add to that the other gear that you will need to get and you could get into some serious spending only to find that you’ve gone and got the wrong boat for you!

For anyone completely new to kayaking the Fatyak™ sit on top kayaks offer a great starting point. Our comfy sit on top kayaks are easy to paddle due to their fantastic engineering and design providing stability and safety for users of all ages and abilities. And because they are ‘sit on top’ kayaks it means that if you do capsize in those early kayaking days, you can climb straight back on! In fact they are so user friendly that they are the perfect choice for both absolute beginners and children alike! 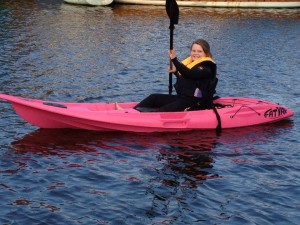 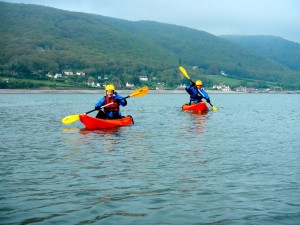 The other great point to be made in favor of the Fatyak™ Kayaks is that they are a fantastic ‘all-rounder’. You can’t go wrong! Their hull design is perfect for both adventure and play so you explore the possibilities and find out what kind of water you love best without breaking the bank!

Oh, that’s right! Did I mention that they are really affordable too?! And made in the UK! Bonus!
That said, don’t just head off into the great blue yonder as soon as you have purchased your Fatyak™ kayak! Make sure you have talked to experienced kayakers to get advice and read up on kayaking safety information. You could book onto a kayaking course in order to build your knowledge and confidence. And be sure to check out the many kayaking sites out there to educate yourself on the sport and safety. The Fatyak™ homepage has a wealth of information for beginners under the heading ‘users guide’ and also they provide a full instruction leaflet, safety leaflet for sit on top paddling and floating key ring with every Fatyak™ purchased.

When you are ready get set to enjoy one of the most fulfilling and thrilling sports out there! You’ll see, hear and experience things that will make you feel more exhilarated and alive than you ever thought possible! 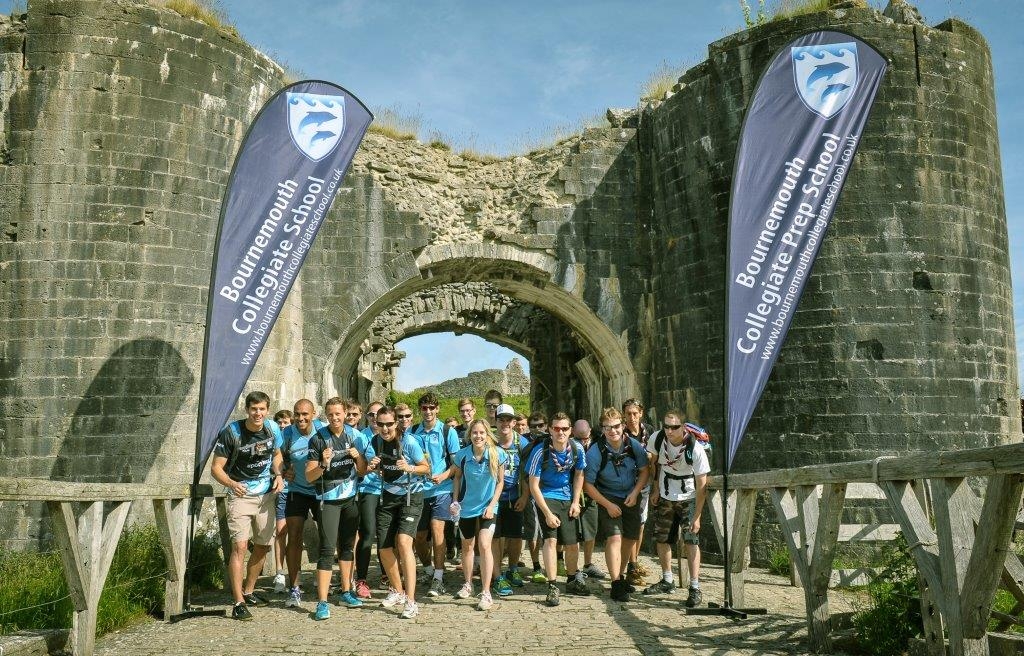 Bernie Shrosbree performance coach at Red Bull Formula 1 was so impressed with the Fatyak™ Mahee double kayak used in the BCS United Learning ICE Adventure Challenge he has ordered one for him and his wife to enjoy the coves and beaches of Poole Harbour and Studlands during the wonderful summer we have been promised. Bernie says he was amazed how well the Fatyak™ tracks and maintains stability enabling young people the opportunity to enjoy their natural environment in safety. What a testimonial!

The BCS United Learning ICE Adventure Challenge is an innovative business enterprise, leadership and Adventure Challenge enabling participants to develop new skills relevant for the market place in the 21st century. Fatyak™ Kayaks saw this as a great opportunity to get involved with this challenge and get youngsters out in our Fatyak™ Kayaks. We had some great feedback from the participants some of which had never been on the water before, the Fatyaks™ are ideal for beginners as they are stable and very easy to paddle.

Ben Fogle patron of the challenge even had a go at #fatyaking™ Next year promises to be bigger and better so watch this space! 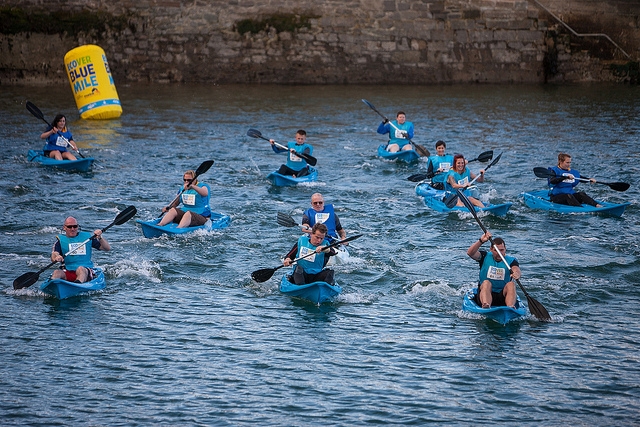 Fatyak™ kayaks being an official partner for the Blue Mile events again this year, attended the Plymouth event 14/15 September. Unfortunately, due to bad weather conditions being forecast for the Sunday all Blue Mile races were brought forward to the Saturday with almost 300 people taking to the water – either swimming, Fatyaking™ or SUPing a mile for charity. Olympic Chamption Tim Baillie won the Kayaking race again this year on the Fatyak™, closely followed in second position by his wife Sarah who is a Canadian International Canoeist.

Fatyak™ Kayaks are pleased to be associated with these events and with the proceeds going to the Marine Conservation Society recognise the significance of the great work done by this charity.

A Fatyak™ Kaafu was offered in a free prize draw which was won by Sally Watts from Weymouth, who was at the Blue Mile event in Weymouth earlier in the year. 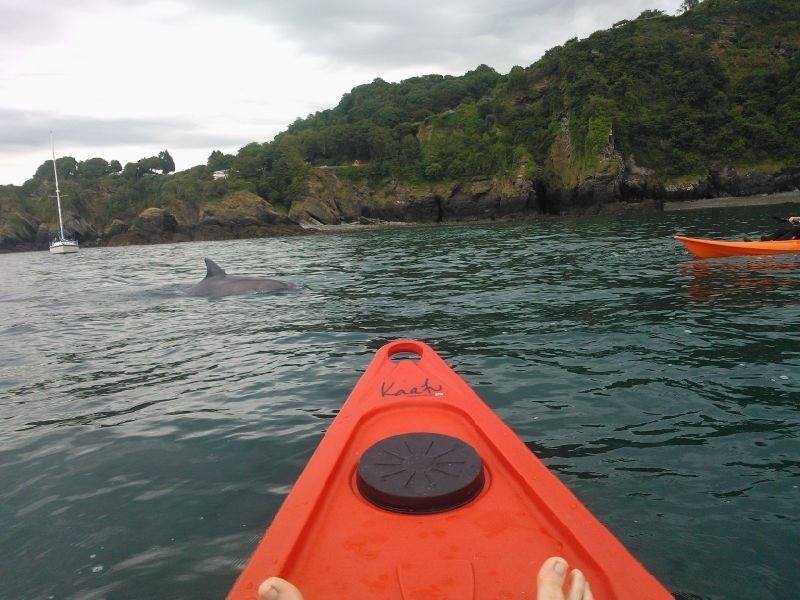 Fatyak™ Kayaks are perfect for kayaking around the coastline and reaching those far flung areas that cannot be reached by foot, perfect for observing the wildlife around. Fatyaking™ around the coast offers opportunities for close encounters with marine life such as seabirds, seals and dolphins. What’s more, with no noise or carbon emissions the potential impact on the environment is minimal which is an even better reason to have a go.

The Fatyak™ Kaafu and the Fatyak™ Mahee both have rear storage compartments and waterproof storage hatches for storing equipment that you may need, meaning you can spend extra time afloat.

Dolphins have been spotted off of the beach in Come Martin, North Devon on a Fatyak™. Mark from 3 Wiggle Adventures ltd Combe Martin can take you out and about on a Fatyak™ kayak – contact telephone number 07947 716721

Along with seals in Wareham, Dorset.

If any one has been lucky enough to see wildlife whilst Fatyaking™, please email any pictures to us and we can share with our Fatyak™ friends. 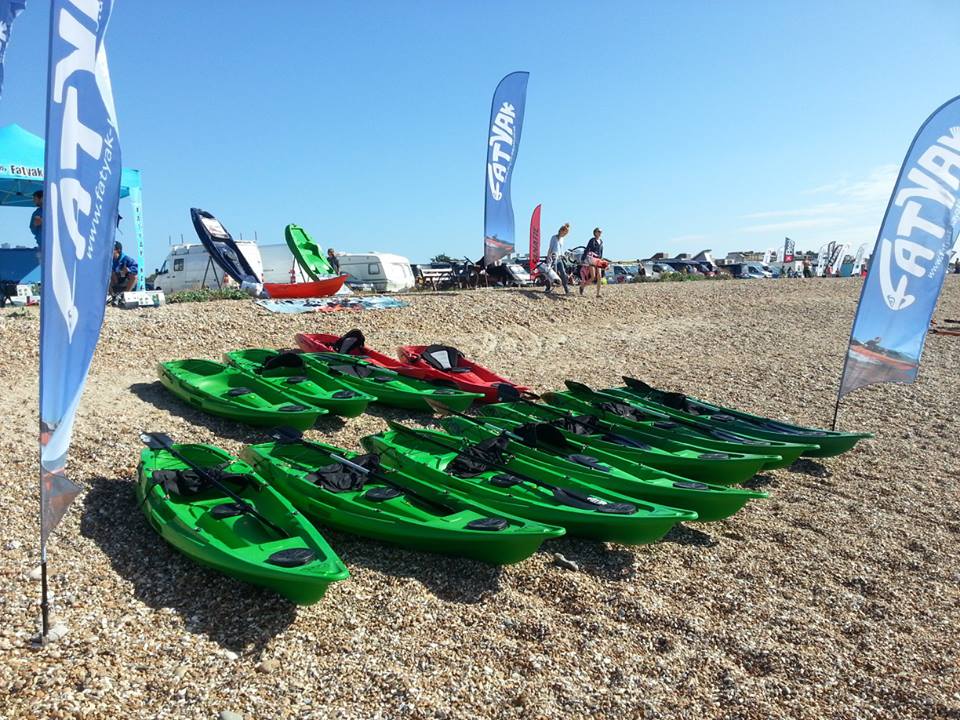 A glorious sunny weekend back in September saw us attending the NWF Festival in Hayling Island along with our demo fleet of lovely Fatyak™ Kaafus. These were out on the water all day with people having a go and enjoying the water, resulting in many people going away from a day at the beach with a Fatyak™ in tow!

This was the first year for the kayak discipline has been included with the Wind Surfing, Kite Surfing, SUP and Surfing. Fatyak™ Kayaks had a great weekend meeting all of our customers and converting a few more!

NWF 2014 has been provisionally booked for 5 – 7 September in the beautiful spot of Hayling Island see http://www.nationalwatersportsfestival.com/

Hope to see you all next year 🙂 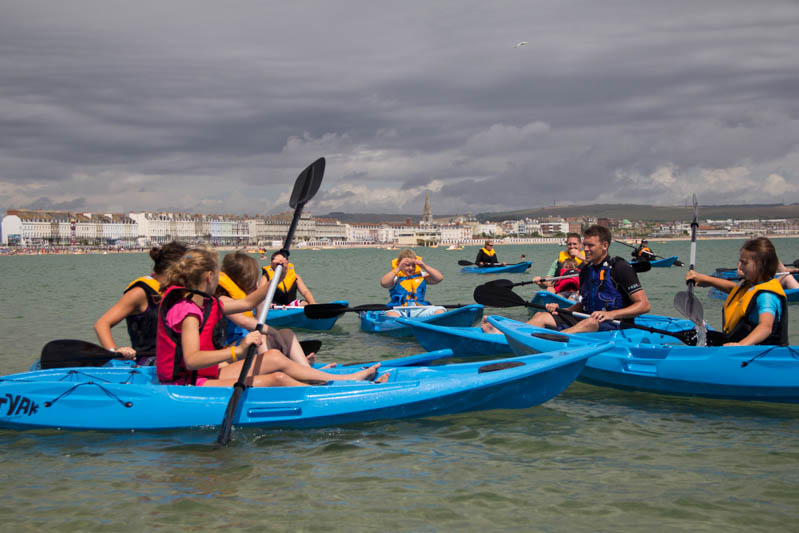 The first ever Weymouth Ecover Blue Mile proved a massive hit over the weekend of 27-28 July, with thousands of visitors attending the event on Weymouth Beach and hundreds of people taking part.

An amazing 440 people – many of them young children – took part in kayak and stand up paddle boarding (SUP) taster sessions during the two days. The sessions were free, but participants were asked to make a donation to the Ecover Blue Mile’s charity partner, the Marine Conservation Society and in total raised £467.11 to help protect our seas shores and wildlife.

The Ecover Blue Mile kicked off the 10-day Dorset Festival of Sport, an Olympic Legacy event organised to mark the first anniversary of the 2012 Olympics, which saw Weymouth host some of the big water sports competitions.

As well as the taster sessions, there was also some serious racing on show, in the UK’s inaugural Naish One SUP Race Series, in which riders of all abilities could enter alongside international pros, including Naish wave rider Jan Sleigh.

Conrad Humphreys of Sport Environment, which organises the Ecover Blue Mile, said: “This is what we are all about – getting people out onto the water and enjoying what the sea has to offer.

“And we’ve been blown away by the venue; Weymouth Beach is just perfect for learning water sports.”

Steve Davies, Promotions and Events Manager at Weymouth and Portland Borough Council said: “Over 2,500 people came onto the site on Saturday and Sunday and all of the sporting activities – on land and on water – were very busy for the two days. It’s been a great success.”

Event sponsors, Ecover, handed out free samples of Ecover goodies to participants and members of the public. The water sports activities were supported by equipment partners Fatyak™ Kayaks and Naish UK, with qualified instructors from Canoe England and Weymouth College. Volunteers from Active Dorset were also on hand, evoking the spirit of London 2012 all over again!

The Marine Conservation Society had a beachside display and volunteers from the charity showed members of the public how marine debris affects the seas and wildlife.

Conrad Humphreys declared the first ever Weymouth Ecover Blue Mile a stunning success: “We’ve been absolutely delighted with the welcome that the Ecover Blue Mile has received from everyone in Weymouth.

“It’s been great to be part of the Dorset Festival of Sport and seeing all these children so keen to jump in a kayak or on a SUP board shows that given the opportunity, they love getting out onto the water.”

Due to new factory precautions to ensure safety of our staff and customers, we are experiencing a significant delays in delivery. Please allow 10-14 days from order for kayaks to arrive. We will contact any customers who fall outside this time period. Dismiss