If you’re already a keen fatyak follower then theres a good chance you’ve already heard about our new Samos board, and perhaps even seen some pictures of it in development! But for those who are as of yet, unaware, we are pleased to announce the very latest addition to our range. 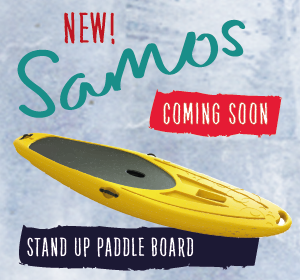 The Samos is a rotationally moulded stand-up paddleboard, born in effort to bring something new to the SUP arena which has recently exploded in the world of paddlesport. Traditionally, epoxy and composite boards are the natural choice, although with the continuing adoption of inflatable paddleboards, we wanted to do what we do best, and bring a fresh new alternative to the market.

We had two main priorities in creating the Samos – firstly, to combat some traditional problems found in Rotationally moulded boards, and secondly, create a feel that was comparable to more expensive options on the market – making it suitable for beginner to intermediate level paddlers. Typically, rotationally-moulded paddleboards have been problematic due to their evolution from a kayak design, making them impractical in shape and weight; often in excess of 25KG. 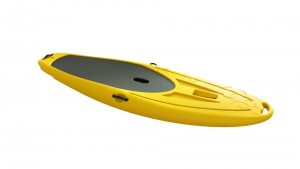 The innovative design of the Samos targets both these problems in one. The unique wishbone features on the Samos works by acting against the natural yarding as the paddler strokes – which keeps the nose pointing straight; splitting below the deck to give support for a natural stance. In doing so, this has allowed us to produce a much thinner board than many standard rotationally-moulded boards, which means at 18KG the Samos is the lightest board on the market! Even still, the Samos still manages to boast an all-rounder profile, making it great for all applications from day play, and exploring, to fitness and fun on the waves.

The Samos includes a wide set of features as standard, including branded carry handle grips and deck area, drain plug, bottle holder, paddle, straight leash, a custom 10.5″ fin box accepting all standard fins. And, as always, you can be safe in the knowledge that it’s manufactured to Fatyak’s high quality rotational moulding standards; with no seams and no joints the Samos is manufactured using high grade, high density UV stabilised polyethylene; in accordance with BS7852 as well as our own procedures, in Somerset, England. 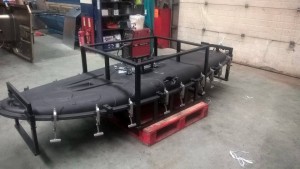 Of course, our Kayaks are travelling the country every day to new homes, straight from the factory, to be enjoyed by fans all over the UK. However, the main point to note here is that the kayaks in question here are travelling along Britain’s roads in the back of our lorries, and not in the water! 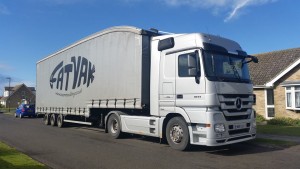 Not to forget, of course, the beaches that have their share of Fatyak action by way of a plethora of retailers, schools, and partners up and down the country – wisely stocking Fatyak Kayaks as part of their business: 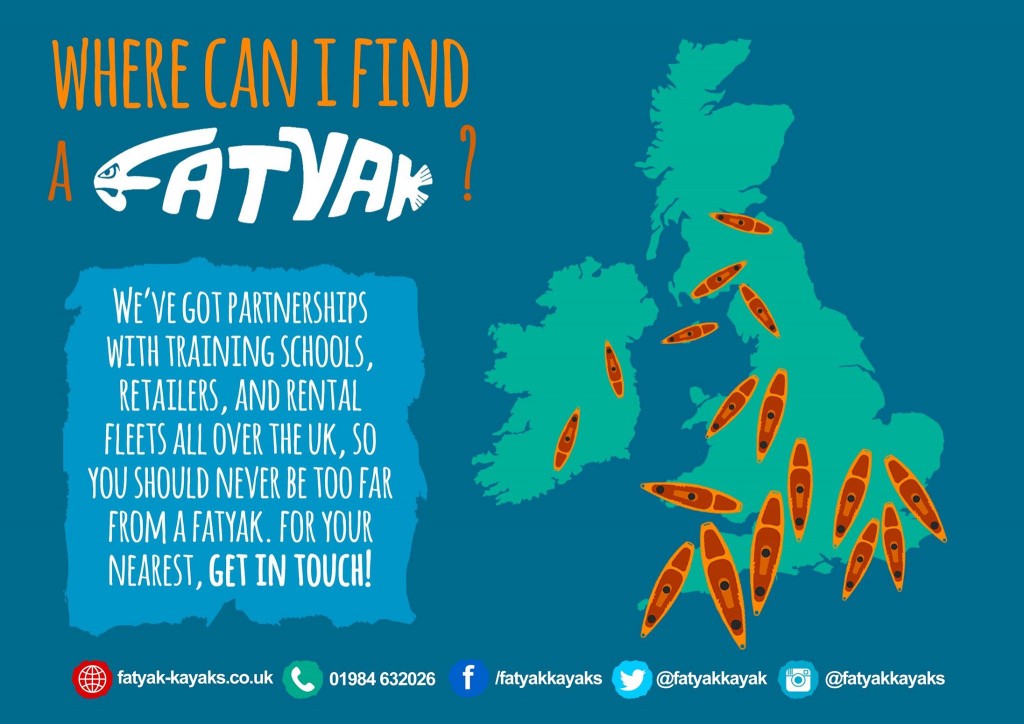 So what about the Fatyaks that travel the country themselves? The independent kayaks, well-travelled Fatyaks that see many, many different bodies of water throughout their career. We occasionally ponder the question, and we think we may have found one of the most well-travelled group of Fatyak Kayaks to-date!

This group of kayaks belongs to Martin and a keen kayaking family, who have been enjoying their fleet of Fatyaks in all kinds of spots. Martin and his family have explored waters from The Grand Union Canal to the Praa sands in Cornwall, with destinations in between – a distance roughly as long as 160,000 Fatyak Kaafus! 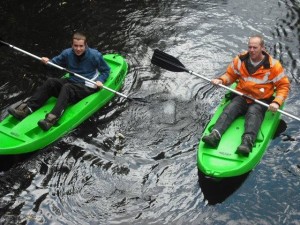 Here he can be seen in the waters at Croyde Bay, in Devon. Croyde Bay is not too far from ourselves in Somerset, and certainly a location worth checking out for adrenaline junkies and explorers alike – offering a beautiful location for outdoor activities and exploration in general, especially kayaking and surfing! 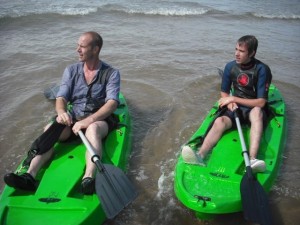 As well as Croyde, Martin and his family have experienced some of the wealth that Cornwall has to offer for lovers of the surf; including both Maenporth and Praa Sands in West Cornwall: 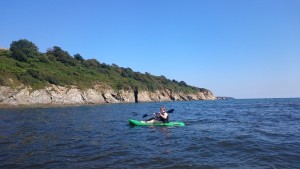 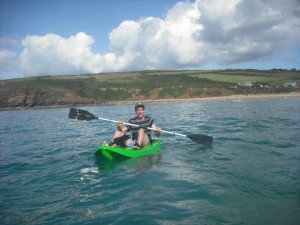 If you think you’re also a well-travelled fatyaker, we would love to see your pictures and some details on the spots you’ve covered! Keep on fatyaking Martin!